Adam Hagenbuch got into acting when he realised that he was not made for football. His mother suggested him for acting and set him up for acting class when he was just eight. After attending Trinity Christian Academy in Addison, Texas, he worked as a personal trainer upon moving to Los Angeles.

Adam has previously had recurring roles in Switched at Birth, Trial & Error and Undateable. He portrayed Ashton Kutcher in the Lifetime original movie The Brittany Murphy Story.

After earning a recurring role during season 2 of Fuller House, Adam became a series regular at the beginning of season 3. 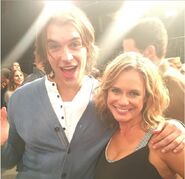 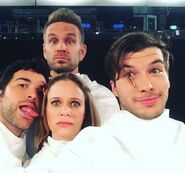 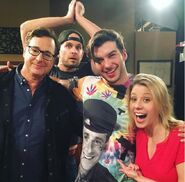 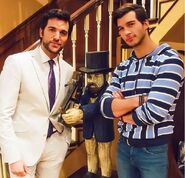 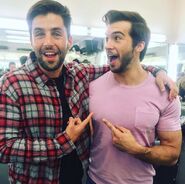 Add a photo to this gallery
Retrieved from "https://thefullerhouse.fandom.com/wiki/Adam_Hagenbuch?oldid=107772"
Community content is available under CC-BY-SA unless otherwise noted.