Andrea Barber's first major role was as the original Carrie Brady on the American soap opera Days of Our Lives, from 1982 to 1986. She also guest starred and starred in many movies and television series. She is known for her role on the TV show Full House as Kimmy Gibbler, the best friend of D.J. Tanner, which she played from 1987 to 1995. She was at first a recurring role but shortly thereafter became a regular. After Full House ended, Andrea retired from acting and started focusing on her personal life.

Andrea graduated from La Serna High School in Whittier, California. She earned a degree in English from Whittier College. She also has a MA in Women's Studies from the University of York, England. She returned to Whittier as assistant to the director of Whittier College's Office of International Programs

In 2012, Andrea reprised the role of Kimmy for a Funny or Die sketch alongside Dave Coulier, her former Full House co-star, and says she would love to return to acting soon.

Andrea made her writing debut during season 5 of Fuller House.

Both of Andrea's children Felicity Rytky and Tate James Rytky have appeared as extras in episodes of Fuller House.

Andrea Barber as a crew member on Fuller House 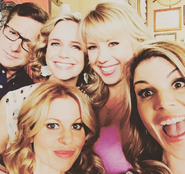 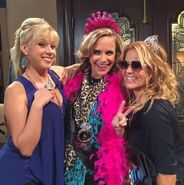 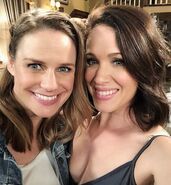 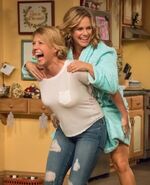 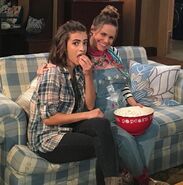 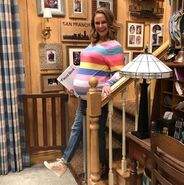 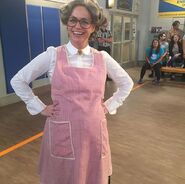 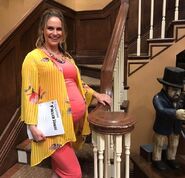 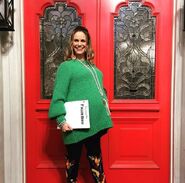 Add a photo to this gallery
Retrieved from "https://thefullerhouse.fandom.com/wiki/Andrea_Barber?oldid=126325"
Community content is available under CC-BY-SA unless otherwise noted.
FandomShop Newsletter Join Fan Lab