Ashley Liao took improv classes at Second City in Hollywood, California. She is best known for booking the role of Lola in the Netflix series Fuller House. 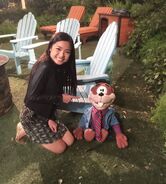 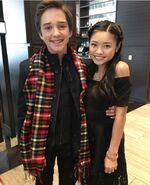 Add a photo to this gallery
Retrieved from "https://thefullerhouse.fandom.com/wiki/Ashley_Liao?oldid=124667"
Community content is available under CC-BY-SA unless otherwise noted.