Prior to becoming famous as a TV actor by portraying Max in Fuller House, Elias Harger had played roles in two short films. His first appearance came in the 2014 horror short Popsy.

Elias started acting when he was only five years old. He has played various roles for the ‘Denver Theatre Community’ which includes a role in Shrek and A Christmas Carol. He has also acted in TV commercials and many stage productions.

In 2016 he was the best fit to play the charismatic role of Max among a large number of other child actors. He memorises his part by listening to the words of the script.

His brother Isaac Harger makes his television debut by portraying a younger version of Elias' Fuller House character in the first episode of Season 4. 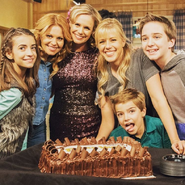 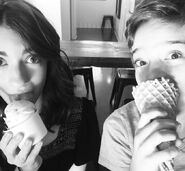 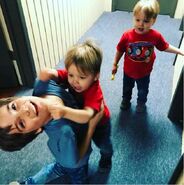 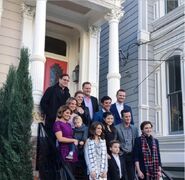 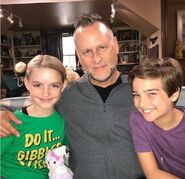 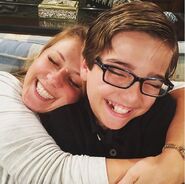 Add a photo to this gallery
Retrieved from "https://thefullerhouse.fandom.com/wiki/Elias_Harger?oldid=114306"
Community content is available under CC-BY-SA unless otherwise noted.