Scott Weinger (pronounced wine-gur) spent the majority of his formative years in southern Florida, then moved with his family to Los Angeles when his career began to take off.

Scott first became interested in acting in the third grade, when an actor gave a presentation for Career Day. He relentlessly pestered his parents to get him an agent until they finally realised that the young tyke was serious about becoming an actor. His first gig was a national commercial for Ideal Toys.

In fall 1994, Scott left the LA scene to fulfil yet another dream, attending Harvard University. Taking leave of the TV series Full House (1987) didn't suggest he was leaving the business altogether. He continued as the voice of Aladdin (1992) in the Saturday morning TV series, completed two more full length Aladdin videos, and made a final appearance on Full House, all while maintaining excellent grades at school.

Since his return to Hollywood, he has starred in a horror flick, Shredder (2003); produced an award winning film short called The Cricket Player (2002); and provided his voice for the English-language dub of Osamu Tezuka's Metropolis (2001), Disney/Square Co.'s video game Kingdom Hearts (2002), "Mickey's Philharmagic," and "The Search for Mickey Mouse"!

Scott considers himself to be a writer, primarily, and an actor, secondarily. He received his first writing credit on the WB television show Like Family (2003). Other early writing credits included What I Like About You and Privileged. 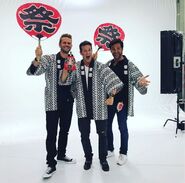 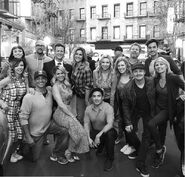 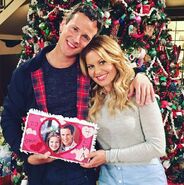 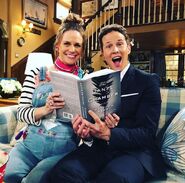 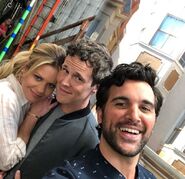 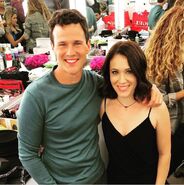 Add a photo to this gallery
Retrieved from "https://thefullerhouse.fandom.com/wiki/Scott_Weinger?oldid=127033"
Community content is available under CC-BY-SA unless otherwise noted.